They seemed to like “Concrete Genie” and “Dreams,” MediaMolecule’s next game, the best. Both show wondrous artwork, the former with animated pen and ink beasts that appear on walls and help you solve puzzles, the latter with DIY-level making that appears to be endless fun for the game lover, oil painter and micro manager in all of us.

Gordon also checked out “Creed: Rise to Glory,” a PSVR fighting game based on the Sylvester Stallone/Michael B. Jordan film. And, man, what a workout it gives you. I broke into a sweat. 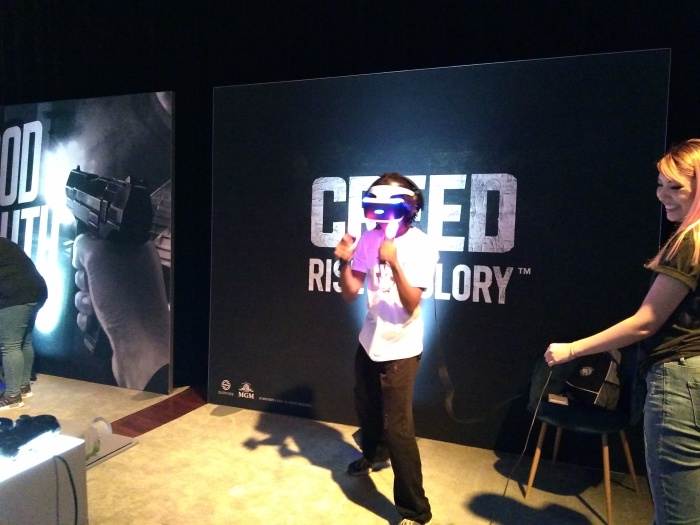 I watched the “Dreams” demo two and a half times, so enthralled was I by its possibilities. It doesn’t have a Sackboy to make it instantly recognizable, mascot-wise. So marketing will be something of  a challenge.

But I didn’t need a marketing pro to tell me one thing: this thing has so much depth, we’re going to have students at our DreamYard Prep School classes make social justice levels in “Dreams” next year. Hopefully, at least the beta will be out by winter.

Harold Goldberg is the founder of the New York Videogame Critics Circle.