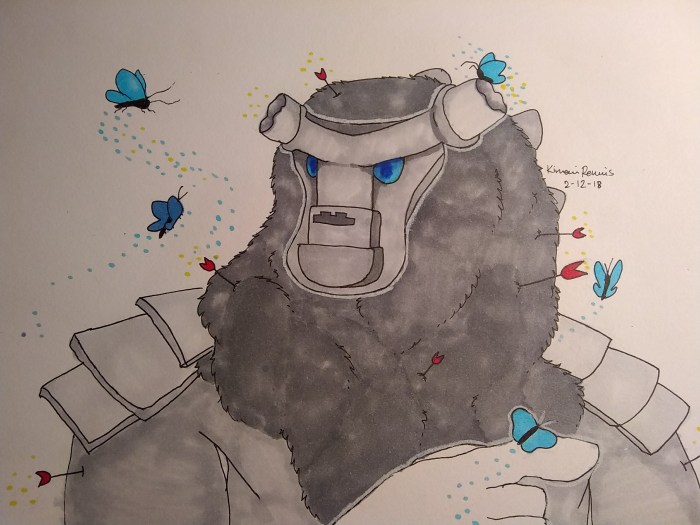 One of the worst things about being young is missing so many awesome toys and games that we reminisce about every day. As for me, I was unable to play Shadow of the Colossus back in 2005 because I was 3 years old – definitely unable to hold a controller, let alone operate one. Thankfully, Japan Studio and Bluepoint Games believed that it was time for a blast from the past with their remake of Shadow of the Colossus for the PS4.

Both development houses made sure to pay close attention to detail; Shadow of the Colossus on the PS4 looks phenomenal. The environments, models, and designs are all heavily detailed and bring the game to life.

The only problems that I experienced frequently throughout the game were the rather irritating horse mechanics and camera angles. Both of these issues were recurring; however, there were ways for me to bypass them and continue enjoying the game. To be specific, Agro the horse simply did not listen to me. Obviously, the stallion didn’t realize that we have colossi to fight in order to bring a deceased girl back to life. The only thing Agro was doing in the game was drawing my aggro by not sprinting for more than three seconds. To resolve this, I spammed the triangle keeping Agro at a constant sprint. I found that I just had to live with the camera continuously jerking back to its original position. There were other times when I didn’t care what the camera did and fortunately, the camera often fell into this wonderful view where my character and Agro ran into the distance toward the corner of the screen like the opening of an action movie.

Playing Shadow of the Colossus was enlightening for me. Climbing on the furry backs and shoulders of the colossi as they viciously shook me off is something I’ll never forget. My favorite fights would be with the bird and the electric eel colossi. I would take out my bow and aim it directly at the massive stone bird perched on top of a pillar, causing him to swoop down at me. At full speed, I made my character jump and latch onto the bird’s feathery shoulder. I felt like a little kid skipping the line to ride a brand new roller coaster. I heard the wind buzzing in my headset as towers flew past us and I climbed over the colossi’s back on the tips of his wing to bring him down. I remember counting each flap of the beast’s wings as I treacherously crept over.

Then, I came to the part where I had to fight the electric eel colossus. I plunged into the dark, murky water and down below, I could see the faint orange glow of the colossus’ enraged eyes and the three spikes on its body that buzzed with electricity. I was shocked – no pun intended – when I realized I could latch onto the damp, dark grey fur of the beast’s back when it rose to the surface.

These are the moments when the camera settles into a favorable position where I can enjoy playing the game. The colossus continuously dipped below the surface and rose up in an attempt to knock me off as if I was riding a surfboard during a storm. Just like the bird, when I stabbed the beast for the last time, it sank deep into the water it loomed over, never to be seen again. When I crossed over to another section of the grassy plateau, I looked over to see the corpse of a giant bull I had killed.

The sight drew emotion from me. That’s when I realized what Japan Studio was doing.

As in The Last Guardian, there are moments when the game tugs at my heartstrings in a positive way. For some reason, I’m fascinated by ugly and strange looking creatures like the Trico, so it should come as no surprise that I feel a little guilty inside after I’ve opened up man-made bloody geysers in the head of a beast. I’d rather watch the colossi from afar like a nature documentary than kill them.

The worst part of killing the colossi is that the same, sad violin plays when the beast you’ve relentlessly stabbed slowly falls to the ground. As the strings set a mood, its spiraling blue eyes fade into an empty void as the beast’s lifeless body decomposes to dust. Even Agro had a cutscene where he fell hundreds of feet into a pit of water and rock after helping me reach the last colossus! Right then and there, I regretted all the vile things I’ve said about that horse. In the end, the game made me think: Was the death of sixteen idols worth the life of one? To be honest, I couldn’t care less about that girl. I’d rather have the colossi alive than the girl I’m supposed to save.

Kimari Rennis is our New York Videogame Critics Circle senior level intern from a partnership with the DreamYard Prep School in the Bronx.