Welcome to the first installment of NYVGCC’s new interview series, in which I interview illustrious game developers based in New York City about their games and ideas. This week, I interviewed James Marion, who recently released the game Peter Panic for iOS. Peter Panic is an adorable and witty collection of fast-paced mini-games, and is also a musical. In between bouts of lovably weird tasks, Broadway singers regale the player with originally choreographed songs in a unique and successful combination of the two mediums.

Without further ado, here are his thoughts below!

When and how did you decide to make a musical videogame?

Like the rest of the process of making Peter Panic, the fact that it’s a musical is entirely serendipitous. The game started out as a minigame collection called Pixels. When I realized a couple months later that I had become completely disconnected from the theater world, it became apparent that the game had to be about theater, which is when the name and style changed to Peter Panic. However, it wasn’t until a few months after that when I saw Austin Wintory talk at NYU and discuss the important of the relationship between games and their music that it became apparent to me that Peter Panic had to be a musical. I’ve worked in musical theater for years, and it was a very natural fit.

How did people react when you told them your idea? What process did you go through to get funding for the game?

Since the game was a thesis project, I was never in a position where I had to pitch the concept in terms of financial viability. It was mostly proving to the NYU faculty that Peter Panic was a game worth making, which became readily apparent by the time everything fell together. At the end of the first semester of my thesis year, I had a trailer with music and gameplay mostly finished, and I think for a lot of my peers and the faculty, that was when the game’s potential was clear. By the time I was looking for a small amount of money to finish the game, it was already solid enough to be a clear proof of concept.

I actually sort of circumvented the thesis process in a way; my original pitch for my thesis was denied, and I created Pixels while I was exploring different ideas for what my thesis could be. By the time the second year of grad school started, I was already far enough into this Pixels/Peter Panic idea that I think they just let me go with it. I suppose it turned out for the best.

What was the most difficult part of designing this game, and why?

The difficulties I faced with Peter Panic were mostly technical. I am not an artist, or a coder, or a project manager, or a casting director, and these roles had to be subsumed in my role as the developer. I’m much better at these things now than I was when I started, which is wonderful; the downside to this, however, is that the first half of Peter Panic’s development was a consistent cycle of redesign and redrawing.

And the most rewarding, and why?

Realizing my potential to create a whole product from scratch was incredibly gratifying. And now, looking at the game on the app store and seeing that it is a real game that real people are really interacting with is pretty insane. I never would have thought at the beginning of my thesis project that hundreds of thousands of people would play Peter Panic, but here we are. 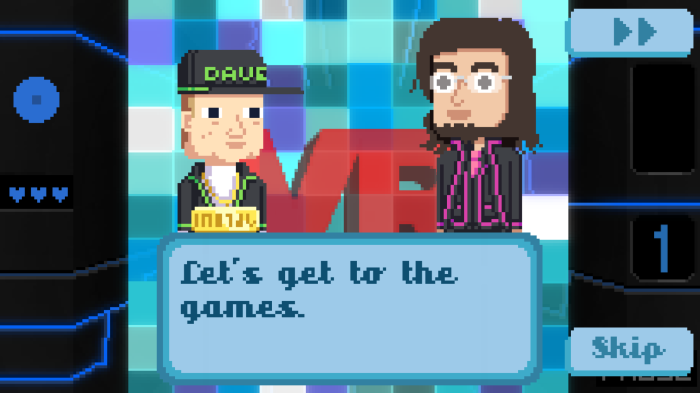 What musicals influenced the music in your game?

Peter Panic is mostly inspired by the musicals I loved as a kid. These were mostly big mega-musical affairs, which were very performative and aware of their medium. So Les Mis, Man of la Mancha, Cats, etc. I suppose a more recent example would be Avenue Q, which strongly influenced the game’s opening song.

What do you want players to take away from this game? Do you want to inspire people to take more interest in musicals?
I always thought that the best possible thing that could happen as a result of someone playing Peter Panic would be a player’s realization that musical theater might be for them. I live in New York City and have ready access to the theater world, but I’m aware that many (most?) people aren’t able to go see a musical whenever they like, and I would love if I sparked an interest in musical theater for even one person. I think its a tremendously powerful medium, and I think it’s maturing in a really cool, awesome way right now, just like games are. I would love to inspire interest across those two mediums.

How did you come up with Peter’s character?

I want to say that Peter’s character is based on me, but in reality he’s a combination of the main character from Avenue Qand the actor who plays him, Remy Germinario. Like Princeton from Avenue Q, Peter is bright-eyed and excited to start his work in the world, and is in for a rude awakening when he realizes the kind of hard work it takes to actually get stuff done. Like Remy, Peter is chock full of sass. 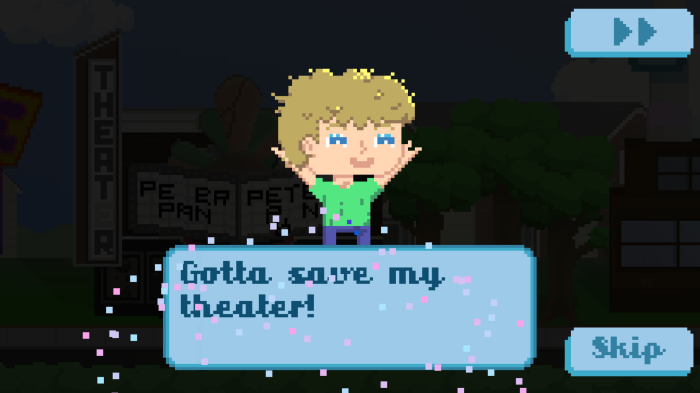 What was it like working with Broadway stars on a videogame?

Oh man. My high school years were basically spent listening to the Spring Awakening soundtrack on repeat. I taught myself how to play piano specifically to play songs from Spring Awakening. So working with Gideon (Glick, who played Ernst in the original Broadway cast) was completely insane and would have made teenage James cry. Getting Emily involved was incredible too; I had just seen Fun Home and was absolutely blown away by her work in the show, and to be able to work one-on-one with her was an absolute dream. Eric, Cicily, Mykal – they’ve all been absolutely wonderful. I couldn’t feel luckier.

Why did you think “WarioWare” gameplay worked the best with your musical theme?

I didn’t! That’s kind of the point, right? The whole game is incongruous; it’s weird to see pixel people with these lovely voices, and it’s weird for these minigames to be in a Broadway musical. I’m very happy the game developed as it did, because I don’t think I could have thought up a weirder mashup of pieces. This goes for the production values as well; nobody expects this tiny little indie game to have Broadway actors or world-famous game designers and composers, so it’s a fun little surprise.

Why did you decide to release the story in segments?

Because making games is expensive. 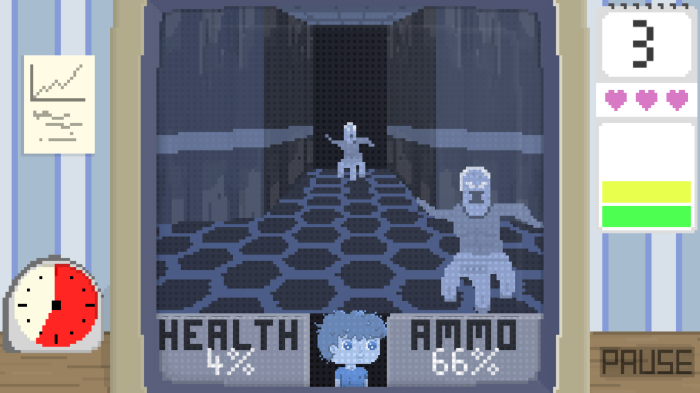 What are your plans for the future—will you make another musical game?

Ah, I can’t answer that! Let’s say that the idea is very very exciting to me, and that I think there’s a lot more room to explore in the musical theater world. Like I said earlier, Peter Panic is largely representative of what I loved as a kid, so I would love for future games of mine to develop much in the same way my taste and interests have.

Thanks for reading! Be sure to check out Peter Panic here.