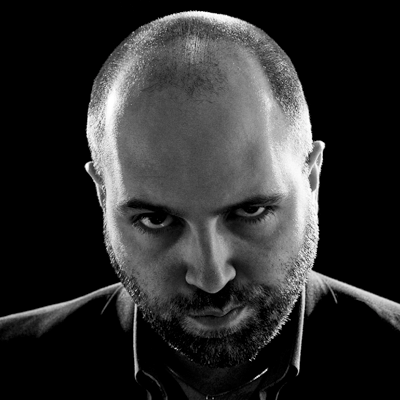 We here at the New York Videogame Critics Circle want to have in-depth, colorful, and really cool conversations with personalities within the gaming industry. For our debut installment of the series we’d like to call GIFT OF GAB, we sat down with the head honcho behind Unwinnable — Stu Horvath, who’s also been the game critic for the New York Daily News. If you’re unfamiliar with this horror-loving, retro-gaming, metal connoisseur who will  smack the living daylights out of you if you cheat at Monopoly, let us break down his stat sheet for you.

As founder and editor-in-chief of Unwinnable and its digital component Unwinnable Weekly, Stu leads a raucous gang of gamers and illustrators who provide a “new way to read the best stories about video games and culture” to the masses. A New Jersey City University alum with a varied skill set in photography, Stu doesn’t follow the “rules and regulations” of the internet. You’ll see in our sit-down with the New York Videogames Critics Circle member that he, and his Unwinnable cohorts, don’t abide by SEO practices or use listicles to get your clicks.

A true student of new media, this scribe who refuses to be boxed in creates compelling content that allows him and those of his ilk to stand out amongst all the unimaginative clutter.

In our exclusive chat with Stu Horvath, we reminiscence about his games journalism origins; mull over his thoughts of the Twitch and Oculus Rift deals that have flooded our timelines; and inquire about how he lost his “video game virginity”. Enjoy!

For the uninitiated, can you talk about how you got your start in games journalism? What was your first piece that allowed you to standout from the freelancers?
I started writing about games while I was a photo editor at the New York Daily News. This was back in 2008, which happened to arguably be of the very best year, release wise, for the previous console generation. Fable 2, Fallout 3, Grand Theft Auto IV, Gears of War 2, Left 4 Dead, Braid and more all came out that year, so there was no shortage of thought-provoking games to write about.

No one else was covering games there at the time, at least not on a regular basis, so I just seized the opportunity. Looking back, the whole thing was just shy of a con job – here’s this photographer with no formal writing training suddenly slinging ink for a major outlet. I think a lot of people took me much more seriously than they should have because of where I worked. None of the folks at the Daily News took my game writing very seriously, that’s for sure.

At any rate, I met some very kind folks, like Harold Goldberg, Elise Vogel (who ran Crispy Gamer at the time) and Gus Mastrapa out in Los Angeles who were very gracious with their advice and free with their time.

That’s pretty much how I got my start – by accident. I am leery of the term “Games Journalist.” I’ve been writing more about horror in the last year than games, does that make me a Horror Journalist now? Seems silly to pen yourself in like that. I’m just a writer who sometimes writes about games.

I was never much for freelancing. I’ve always been more interested in doing my own thing.

Unwinnable has the distinction of being unmitigated by any mysterious powers-that-be. Can you talk to how establishing your voice within the gaming community gave you creative freedom?
I think it was the other way around. I started Unwinnable for me – when other people wanted to write for me, I let them write how they wanted. Because Unwinnable has always been free form, because we don’t chase clicks with SEO-clad headlines and listicles, because we’re genuinely interested in furthering the cultural conversation – that’s why the community cares about Unwinnable.

Unbeknownst to gamers who are reading this interview, freelancers for other sites aren’t often granted the security of owning their written copy. How has Unwinnable been able to keep Mr. Sticky Fingers from robbing your contributors of their bitcoins?
For most of its existence, writing for Unwinnable was motivated by a desire to write something weird or heartfelt that no one else would publish. Getting paid for it was never really part of the equation (which is good, because Unwinnable was usually broke).

At any rate, I decided early on that I had no interest in owning the rights to stories published on Unwinnable, and that’s that.

On the next page, Stu discusses the obstacles he and his team faced in creating a successful site…