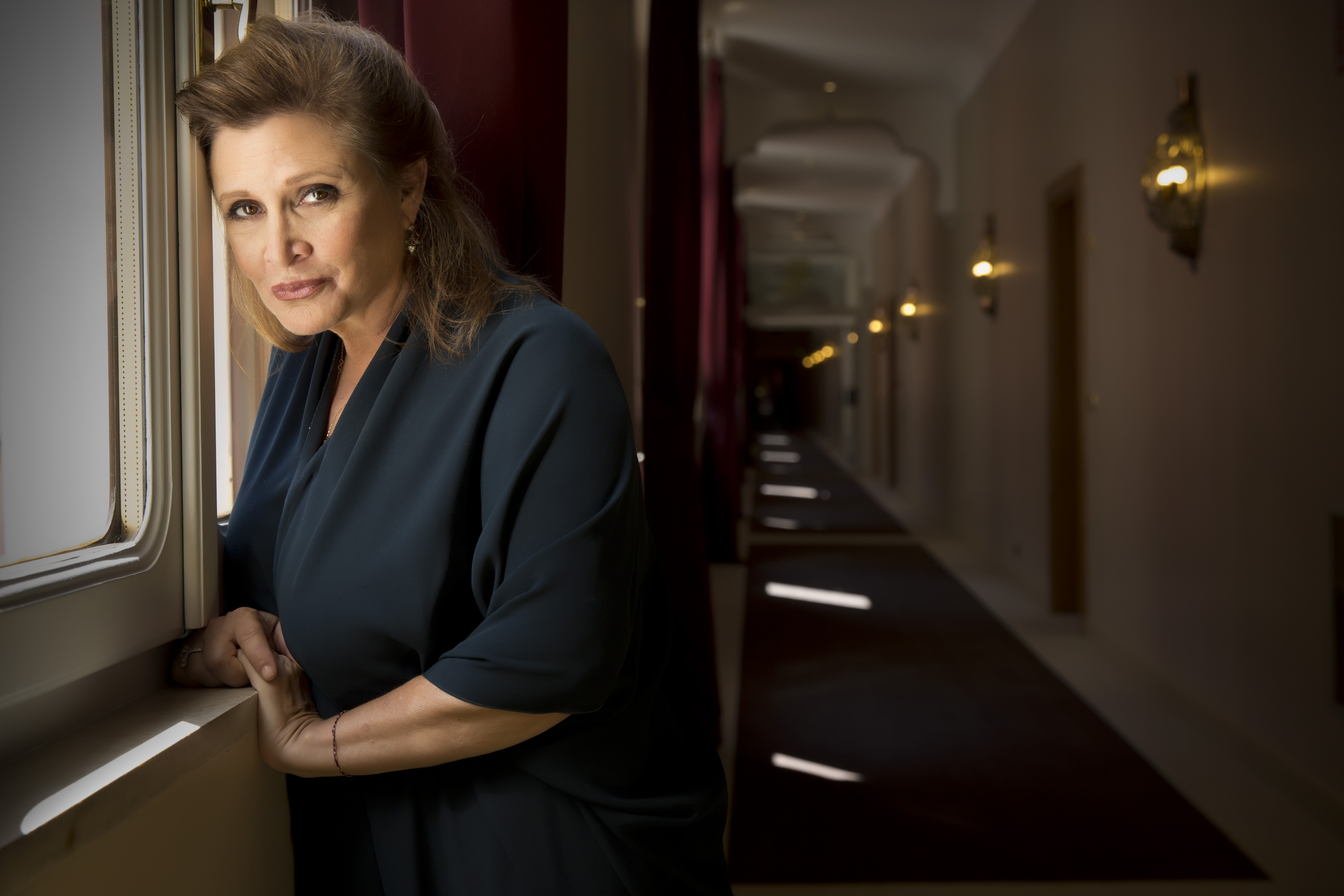 Today’s Roundup is dedicated to actress, writer, memoirist, playwright, producer and mental health advocate, Carrie Fisher. The massive debt that videogames and geek culture owes to Star Wars doesn’t require explanation. But Fisher also worked uncredited as script doctor on films such as Sister Act and The Wedding Singer. They became hits because of better portrayals of women and funnier dialogue, thanks to her.

Fisher had an up and down relationship with Debbie Reynolds, her amazingly talent mother. But both mother and daughter achieved huge fame at the young age of 19 and they had patched things up by the time Carrie died. Tragically, her mother died just one day after her daughter.  If there is something like death from a broken heart, this is it.

Fisher also became a mentor and therapist to singer James Blunt (Blunt is a combat veteran who suffers from PTSD). She herself battled bipolar disorder all her life. One of Fisher’s lesser known roles is that of videogame voice actress. Fisher lended her voice for Lego Star Wars: The Force Awakens, but she also had a small cameo as a public announcement speaker in Dishonored.

Fisher is survived by her daughter Billie Lourd and her therapy dog Gary.  With our deepest condolences and prayers, I bring you the Roundup.

Harold Goldberg brings up with 2016 picks for the Boysie Awards! These are the best games the year had to offer for growing boys. One young commenter wondered why Minecraft isn’t on the list. When kids think your title should still be GOTY five years after release, you know you’ve made a damn good game. Read Harold’s list of winners here.

Jorge Jimenez reports that Frog Fractions 2 is real and you solve a puzzle in it by importing your Mass Effect 2 file. Okay, that’s a very weird sentence, so let me explain. The first Frog Fractions was a browser game that was a satire of the edutainment genre (like Oregon Trail). Developer Jim Crawford launched a Kickstarter in 2014 to make Frog Fractions 2, but there was a catch: players had to beat an alternate reality game by Crawford in order to unlock it. Long story short, the mystery has been solved and the keys have been sent. And you can call upon your Commander Shephard to save your ass. In other words, Frog Fractions 2 can be seen as an interim title in between Mass Effect 2 and Mass Effect 3. Right after Shephard saved the galaxy from the Collectors and before she set off to experience one of the worst trilogy endings in videogame history, she was solving frog puzzles. Yes, I’m going with “femshep is canon” because of the Mass Effect: Andromeda teaser. Read Jorge’s full report on this bizarre game here.

Heather Alexandra reports that a bunch of Battlefield 1 players were trying to recreate the famous Christmas Truce of 1914. But unlike the British and German troops who chatted over cigarettes and held joint worship services across the trenches of Saint-Yvon, war raged on in the digital world. A successful online Christmas Truce would’ve made for a fascinating piece of emergent gaming, but alas, war is hell and man is a monster to man. Read Heather’s report here.

Mike Andronico has a list of videogame streaming services for you. If you grind through several titles a month and you don’t mind holding off on new releases, renting games for $10 a month compared to shelling out $60 per title can be a wiser choice. Mike’s list breaks down the cost and offerings of all the big rental services out there, including platforms where you can grab games on sale for as cheap as one dollar. Check out Mike’s full list here.

Allegra Frank reports that Overwatch shippers are tearing out their hair and their sails. The latest Overwatch comic, “Reflections,” has established Tracer as the game’s first queer character, who lives with her partner Emily. The comic also features Genji sending a letter and feather to Mercy, who reads it with a warm smile. Lore and voice lines in the game have long hinted that Genji and Mercy may see each other as more than just friends. Mercy saved Genji from certain death with her medical expertise and both of them have avian motifs — they are both associated with feathers. This has enraged Pharmercy (Pharah-Mercy) fans who are accusing lead writer Michael Chu of pushing his Gency ship on others. Yes, because how dare an Asian writer portray a romantic pairing that subverts the trope of the sexless and undesirable Asian man. Read Allegra’s full report here.

And now for news outside of the Circle. . .

Star Wars: The Old Republic players are taking the news of Carrie Fisher’s passing especially hard. Thousands of online pilgrims traveled to House Organa on Alderaan to hold virtual memorial services in her honor, complete with fireworks and dancing. Alderaan is in Galactic Republic territory, but even players aligned with Sith Empire flew over to pay their respects, fighting through mobs of hostile NPCs to enter. Read about it here.

Jake Birkett has been making games for 11 years and not a single one of them have been a hit. They’ve get played, they made money (from almost nothing to a little), and they haven’t bombed. Birkett has yet to release a title that propels him into Minecraft territory, but he HAS meticulously recorded everything he’s done and his analysis is fascinating. The talk itself is inspirational but the logistics he goes through is valuable education for anyone that wants to start any sort of business. Watch Birkett’s panel here.

Dungeons & Dragons is sort of like the Garden of Eden of videogames. It was the ancestral hobby of geeky kids in the 70s and 80s who would eventually grow up to become the leaders of today’s videogame industry. It was the first time that someone was able to play inside of a fantasy world instead of just reading about it. It was also the first time, according to Jon Peterson, that we saw women in gaming. Read Peterson’s piece here.

A bunch of indie developers (Owlboy, Cibele, Hyper Light Drifter, Virginia, Sunless Sea, and more) talked about their favorite gaming moments of 2016. I love to hear artists critique art, especially when it’s a title like Overwatch that hits a lot of different demographics. There’s a lot to unpack in that game: the art angle, the design angle, the story angle, the eSports angle, etc. Read all the interviews here.

That does it for this week’s Circle Roundup. May the Force be with you.