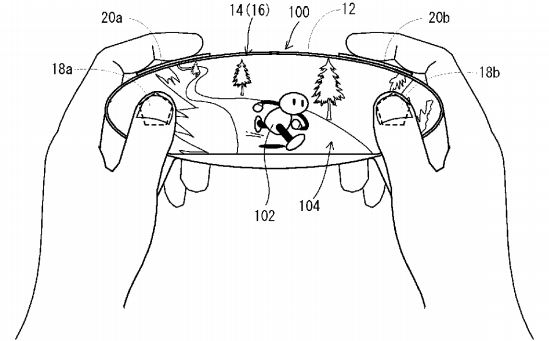 Hello! It’s Jon again with your Circle Roundup. Today’s Roundup is dedicated to Doubleagent, the world’s first and only neutral level 100 player in World of Warcraft. Last week, Doubleagent officially entered the World of Warcraft: Legion expansion by dinging to level 101. Doubleagent’s story is a shining example of the larger picture that is emergent gaming, especially when it involves players taking designers by surprise.

And with that, the Roundup!

Our newest member Michael Andronico, reports on the rumors surrounding the NX, the codename for Nintendo’s newest console slated for March 2017. The project has been shrouded in mystery, but information from Nintendo corporate and various patents the company has purchased has led to many educated guesses. There is one confirmed trump card, however: the NX will launch with The Legend of Zelda: Breath of the Wild, which is set for release on both the Wii U and NX. Read all about it here.

Last week, Valve added new filters to Steam user reviews. One filter divided reviews between users that purchased a game directly through Steam or used a third party. Allegra Frank reports that Steam is revisiting its customer review system once again after widespread criticism. In the past year, various titles on Steam have been on the receiving end of massively high and massively low review averages, sometimes when the game in question wasn’t even released yet. Read the full write-up here.

Christopher Byrd reviewed The Turing Test, a game about a cryogenically revived engineer on a space station that has since been altered into a series of puzzles designed to tell apart a human from a machine. Oh, and the space station is run by an artificial intelligence named TOM. Even though the premise is reminiscent of other high-profile films and games, Chris enjoyed how Bulkhead Interactive found their own stride by exploring this well-trodden trope in a meaningful way. Chris also got to speak with David Jones, the lead designer and writer behind The Turing Test. Check out the full review here.

Presidential candidates spouting fascist rhetoric. Rapidly polarizing citizenry that can’t seem to agree upon any national policies and root themselves deeper in their own ideological trenches. A technological revolution that is simultaneously connecting the world and yet dividing it by eliminating more jobs, driving down wages, and exposing gross injustices inflicted on people who had no voice before. Jordan Minor reports that this dark scenario is all too familiar to Americans. But to FromSoftware, it wasn’t hardcore enough, so they decided to add giant robots. Before FromSoftware became memelords through Dark Souls, they made Metal Wolf Chaos, a game that accurately predicted America’s future. Well, except for the giant robots, but hey, you never know. We still got four more years until 2020. Join Jordan on this wild ride here.

Derrick Sanskrit tackled the daunting task of reviewing all 13 titles from the 3DS StreetPass. Cook up some monster slaying grub from dungeon spelunkers, become a wolf on Wall Street, grow flowers, launch ninjas out of cannons. From Find Mii to Feed Mii, Derrick’s got you covered. Read all his reviews here.

And now for news outside of the Circle. . .

All the historical sequences in the upcoming Assassin’s Creed film will be in Spanish! Although the majority of the film will take place in the 21st century plotline, the 15th century story which is set during the Spanish Inquisition is filmed completely in Spanish. Que chido! Read more here.

CD Projekt RED, the studio behind The Witcher trilogy, is hosting a stress test for its upcoming new title Gwent and they want you to destroy their servers. For real. Their stated goal is for users to “blow out some fuses in the server rooms”. Gwent is a full-fledged realization of the eponymous card mini-game found in the Witcher games. Find out how to melt down CD Projekt RED’s headquarters here

First Chris Metzen retiring, and now Battle.net is rebranding itself! Battle.net will soon be known as “Blizzard Tech”, just in time for the service’s 20 year anniversary. I still remember using Kali to play WarCraft 2 as a 10 year old. Read about it here.

Paladins, the latest title from Hi-Rez Studios, has been getting accused of being an Overwatch rip off. The studio has received a lot of flak, though despite the similarities, all evidence does seem to suggest that it really was a coincidence. This is a common occurrence in the film industry. I have a friend working in special effects who had a project get canceled because a major competing studio announced a Jungle Book with a full trailer. It’s also important to note that Overwatch also borrowed more than its fair share of ideas from other titles. Read more about it here.

That’s it for today’s Roundup! See you next week!