The ceremony will be held on the evening of February 11th, 2014 at NYU Polytechnic’s Pfizer Auditorium in association with NYU’s Game Center. Right now,  we’re hard at work on disseminating ballots to our 30 critics.

Once again the event, which attempts to elevate our beloved genre of videogames, will be free and will be hosted by Daniel Radosh, the brilliant, Emmy-winning writer from The Daily Show with Jon Stewart.

New this year is our exclusive partnership with Twitch TV. That association will allow for the ceremony to be seen by an incredibly large audience.

For those in the New York City area, we’ll also have free tickets available soon.

In addition, we’ll have an amazing musical guest, which we’ll announce in January.

And we’re working on bringing you some celebrity presenters as well.

Before the event, our panel of Circle critics will discuss the year’s games. 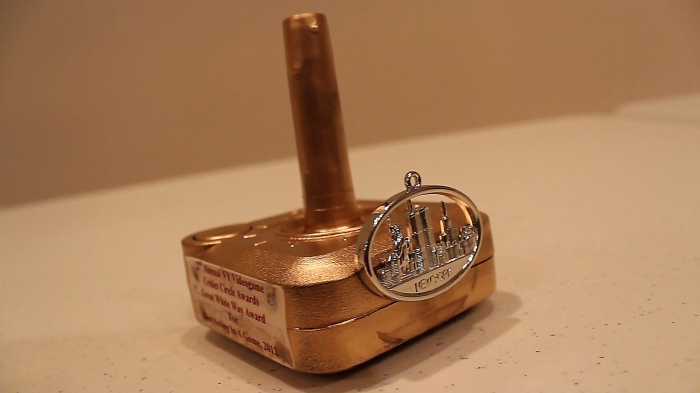