We will rock you at our upcoming New York Videogame Critics Circle Events!

October 29, 2019 – We begin journalism classes on the Lower East Side in partnership with the Henry Street Settlement. We’ll continue with our work in the Bronx with the DreamYard Project as well!

September 15, 2019 – Join us on at our booth the Lower East Side for the Henry Street Settlement Block Party at 265 Henry Street. You’ll learn about the Circle, play free games, eat free food, drink free drinks, get free gifts!

June 18, 2019 – Join founder Harold Goldberg as speaks with Games for Change president Susanna Pollack and others during the panel Beyond STEM: Developing SEL Skills Through Game Design.

March 21, 2019 – Please join us as we present a 7 pm panel at the American Museum of Natural History with Sherri Smith, Dan Ackerman, Felicia Miranda, Matt Gerardi and Harold Goldberg. We’ll talk about T. rex in games, among other cool things.

July 28, 2017 – Come to our awesome NY Public Library panel at 12:30 pm at the Main Branch of the NY Public Library. Allegra Frank, Chris Byrd, Harold Goldberg & more. We’ll talk Game of the Year, too! Plus, Giveaways!

June, 15, 2018 – We took the DreamYard class to Avalanche Games in Soho. There, they had a deep dive into the world of gamemaking that began with narrative design.  Thanks to everyone there!

June 11, 2018 – In this Future of Narrative panel at the E3 Coliseum, I talked with Amy Hennig, Ian Dallas and Sam Barlow about how to break down the barriers of race in the world of storytelling in games.

February 12, 2018 – The New York Videogame Critics Circle begins its new semester workshops in the Bronx with the DreamYard Prep School – and new for this year, the Bronx Collegiate Academy.

July 28 – At 5 pm – 8 pm, our Big Summer Community Event with Free Food, Drink and Games at the Abrons Art Center Block Party and then at a bar to be named.

August 1 – August 8 – Founder Harold Goldberg teaches you all he knows about games at the Abrons Art Center. Register now.

August 19 – August 20 – The Circle is media partnering with Play NYC for their indie convention and we’ll be holding one of our great panel discussions with five Circle members.

September 26 – September 27 – Once again, we’re part of the New York Media Fest’s Games Conference. Founder Harold Goldberg will hold what will likely be a compelling fireside chat. And five Circle Members will hold court at a panel about all things games – especially ones we’re looking forward to in 2018.

January 24, 2018 – The New York Game Awards at the Abrons Arts Center. Get your tickets early for this awesome Wednesday event. We always sell out! 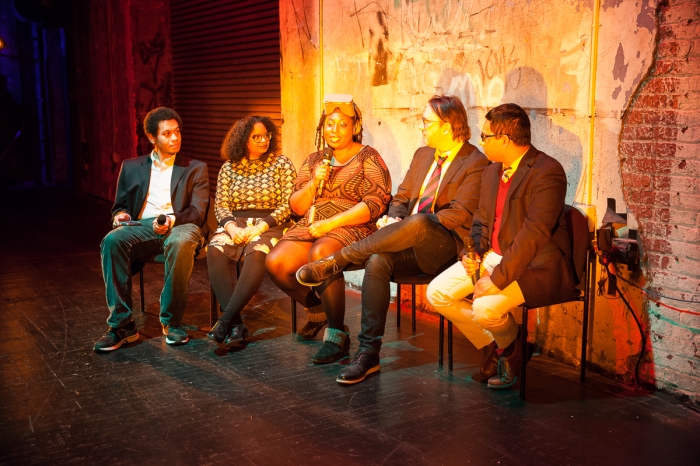