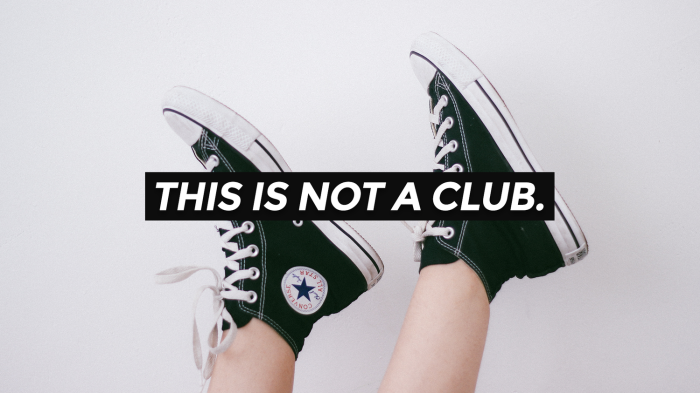 As I entered the Tribeca Games Festival last Saturday afternoon, I stopped to say ‘hello’ to one of the panel moderators with whom I’m acquainted. This person was with a younger moderator, someone I did not know. Without looking at me at all, the panelist I knew said, “Maybe he can join your little club.” I then recalled that the person I know tossed similar shade at our New York Game Awards. Yes, there’s always a sad competition between journalists. But I wished the moderator well and wondered why this person felt the need to be arrogant and snide.

A club. A club? We are not a club. The New York Videogame Critics Circle is a non-profit organization full of multicultural journalists and writers. We mentor and offer scholarships to high school students who need our help. We’ve hired a 14 year old intern from the Obama White House-lauded DreamYard School. She is learning fast, a terrific person who’ll help to break the color barrier in games once she graduates college. We’ve made a difference.

And our mentoring will be for the long term – from high school through college. Our interns have gone on to work at AAA game developers and at lauded game and tech-oriented websites. This summer, we’ll teach courses at no cost at the Abrons Art Center for the Lower East Side community. We are about to move into mentoring older adults. We will not stop there.

While I continue my work as a journalist and sometime moderator, the Circle has moved into educating those who need help, and we don’t look back. That’s because I think micro level mentoring is one of the most important things we can do.

Games, of course, are high on the list as well. Four years ago, I worked with the Tribeca Games Festival and Sony to produce and moderate a panel with Ellen Page and David Cage on Sony’s alluring Beyond: Two Souls. (I think my friend Brian Crecente missed this when he wrote recently about the history of games at the Tribeca festival.)

That one Tribeca Film Festival panel with Ellen Page and David Cage sold out in a few days. It garnered over 3.5 million views online. The 2017 Tribeca Games Festival, with some of the finest luminaries in the business including amazing auteur Hideo Kojima, had under 200,000 viewers on Twitch. Kojima had the best panel, thanks to Geoff Keighly, who went out of his was to engage the audience. The two have a welcome, warm rapport. Chelsea Stark’s panel, which I saw online, was insightful and thoughtful.

This year’s games festival was good, but it had little soul. Fans in attendance were not allowed to ask questions. At all. They weren’t given food. They weren’t constantly appreciated from the stage – and they should have been. For this, they were charged $40. All events need heart to win fans over. If you don’t have it, you can’t just fake it. It’s not about public relations. It’s not about having more money to promote your event. It’s about soul. The Tribeca game people will get it right, maybe as soon as next year. I believe that. I have no doubt about that and I truly wish them well.

But a club? We love putting on the New York Game Awards. We do it all ourselves. And that brings us closer together as a community. Yet a club? That’s a Trump Mar-A-Lago kind of diss. No one pays to be part of the New York Videogame Critics Circle. No one pays for access. We don’t even charge members dues. You do have to have heart. You do have to leave your ego at the door. And you have to show promise as a writer. Ultimately, we are all working together as one to better our community.

While we love the The New York Game Awards, our signature event is, more and more, becoming a Trojan horse for our efforts to give back. We work year ’round to try and make the community a better place. To flatly say we are a club does a supreme disservice to Circle members like Sherri Smith, Eb Samuel and Chris Byrd, who’ve given so graciously of their time to mentor. It’s also a disservice to game developers like 1979 Revolution’s talented Navid Khonsari, who helped us teach students about the import of photography in games a couple of weeks ago. Finally, it’s slap at the hardworking students at the Bronx’s DreamYard School who simply want to learn about games and understand how to get a job in games. 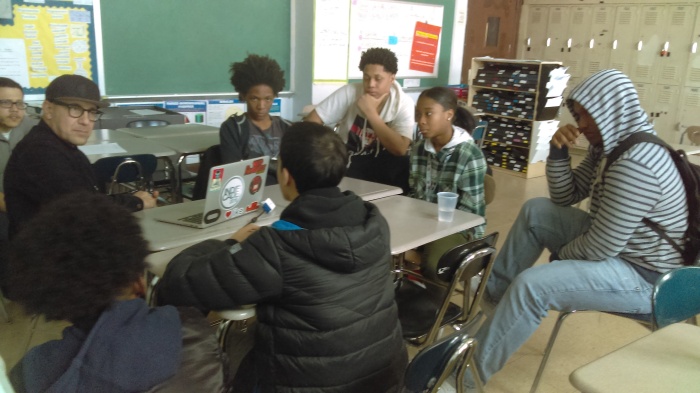 Navid Khonsari, the creator of 1979 Revolution, joins our program to mentor students at the Bronx’s DreamYard Prep School.

Call me and my work as a journalist or author what you want. I have a thick skin. But I have to push back when someone puts on airs and, in a snooty voice, calls us a club. My whole career has been based upon trying hard to do creative things. And, perhaps you’ll laugh at this, money is not even in the top five important things on that list. A club? C’mon, man. The New York Videogame Critics Circle group is about two things.

It’s about love for people who have less than we do.

And it’s about love for an art form, particularly when it’s at its best.

It’s nothing more than that. It doesn’t have to be. It shouldn’t be. It never will be.

Harold Goldberg is the founder of the New York Videogame Critics Circle. His work has appeared in The New York Times, The Washington Post, Vanity Fair, Kotaku and elsewhere.